The Paraffin v Soy Debate - Which wax should I use ? 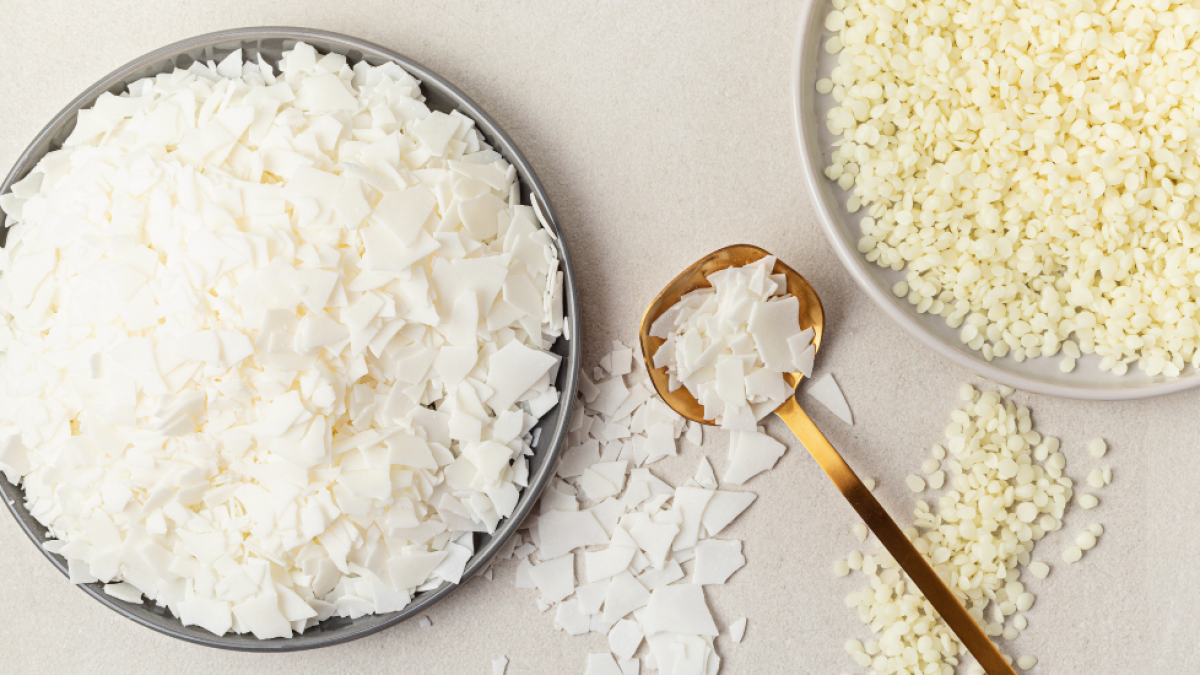 Living in a world where people are paying far more attention to what their bodies are exposed to, is soy wax really better for us?

Is paraffin wax toxic? should I use soy wax ? the debate

Living in a world where people are paying far more attention to what their bodies are exposed to both internally and externally, there is an ongoing debate whether Paraffin wax is toxic and Soy wax is better for our health.

Let’s start by looking at both types of waxes and some facts.

Soy waxes are made from soybean oil and can contain other non-soy materials. Using a mechanical press the oil is separated from the bean using a solvent to extract. Going through a process called hydrogenation, the soybean oil is treated with a hydrogen solution that causes the oil to solidify and create wax. Each manufacturer has their own process and most will keep their ‘recipes’ secret but the process starts out the same for all.

Soy Wax – A natural product with these properties:

Paraffin waxes are petroleum based and created using crude oil, known as fossil fuel which is extracted from the earth. Crude oil is a mixture of hydrocarbons that were created from the decomposition of plants and animals that once lived under water many many years ago. Once extracted, crude oil is sent to a refinery where it is then turned into products like lubricating oil. From the lube oil refining process, paraffin waxes are then created.

Paraffin Wax – A natural product with these properties:

So, why the debate ?

There are plenty of articles online that talk about how paraffin wax releases ‘soot’ into the air and whether or not it is bad for you. Well, it’s neither true or false.

BOTH paraffin and soy wax can create soot depending on how the candle is made and how it burns. Soot itself is not good for your respiratory system but generally not dangerous. It is the chemicals that the candle is emitting that may be hazardous to your health.

Paraffin wax can produce certain emissions that can compromise air quality in the home. These may include: alkenes and toluene which have been reported to have harmful effects on humans. HOWEVER the amount of these chemicals being released into the air are so minimal that most people are not affected by them.

Contrary to popular belief, soy wax candles can emit chemicals into the air too. Soybean crops can be genetically modified and grown using pesticides and herbicides and some manufacturers don’t filter these out in their processes.

You might now be thinking oh gosh! Both paraffin and soy candles are toxic. Let me put your mind at rest, the waxes are not toxic. Both waxes have to pass a series of tests to meet the criteria required to be safe for use.

Like most things in life, alcohol, chocolate, junk food, we should have in moderation, burning candles is just the same. We are told to burn them in a well ventilated room, with a properly trimmed wick to eliminate soot. The chances are you will never get any negative effects on your health from burning any candle, if you tend to be very sensitive to perfume or smoke, then you may have a slight reaction to a burning candle, such as a headache or sneezing.

While there are several different factors that affect a candle’s burn time – wick size, additives in the wax, melting temperature of the wax – the type of wax you are using will affect your burn time as well. As mentioned before, soy wax is more dense than paraffin and typically requires more heat to burn it up. This means that a soy candle would probably burn longer than a paraffin candle.

So which wax do I choose ?

You are now a little more informed about both soy and paraffin waxes, the choice really is up to you. Both waxes have their benefits and it just comes down to personal preference. If you want a clean burning candle that will give you the strongest scent throw you can get, then you may choose paraffin. If you want a clean burning wax, comes from renewable source and burns longer, you may choose soy. Whether you choose soy or paraffin for candles, you will be choosing a product that is safe for use.

Just something extra to add – you can always go for the middle ground and mix both a soy wax with paraffin wax to make a blend of both. These can be bought pre-blended from our suppliers, or, you can experiment blending the waxes yourself.

If you'd like to chat further and work out which wax is the best fit for your brand, why not book one of my 'Talking Scents' - Power Hours